Hip Hop, music, Rap culture. It’s beyond the music in the sense that the music fuses, binds the lifestyle which is lived and shared by many. On a personal note: I have always loved Hip Hop from a young age. I have always zoned in on the ‘message’ it sends from the artists.
No doubt, there are many meaningful messages. The tracks themselves holding many layers, a craft, an art to create such structures. We live in an age now, where it is much easier to obtain equipment to create in general, to create beats, music. True heads of the culture will know that the pivotal people, are working hard, night and day to keep it – REAL!

I have always gravitated towards the ‘real vibe’, from the Hip Hop – Rap culture. We are now in amazing times! Infinite times at that. We live in an age where the access to creative equipment is easier than ever. This also acts as a tool to enable you to learn your craft easier.
This being said, it’s time to go straight in! From: pro designer, to writer, producer, EMCEE artist, to the streets, to the Most High, with a great honour, in presenting 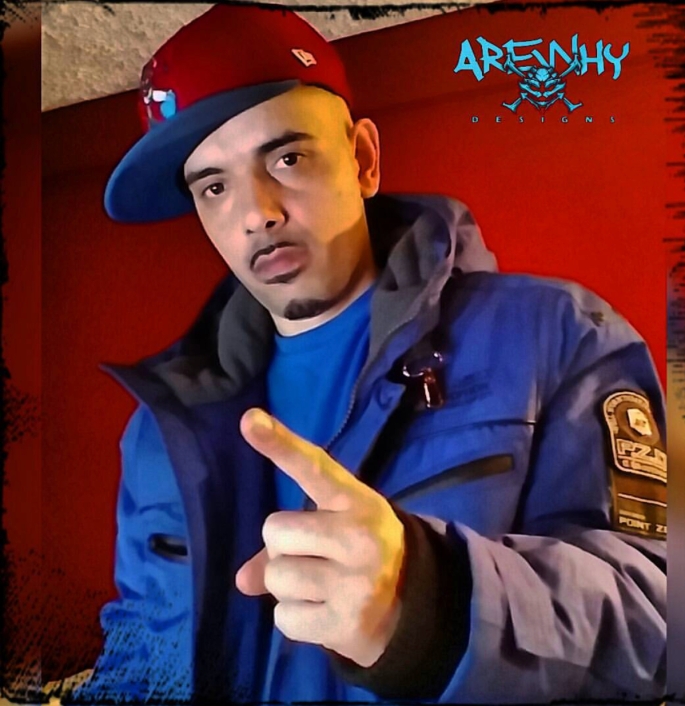 Hello bro! Greetings here from the UK. Thanking you highly today for your time and energy. Deeply appreciated here at Quantum Creations, for the generations.

Arewhy: “You’re welcome my brother, thank you for having me.”

As a brief introduction to yourself – what were your first roots into the Hip Hop & Rap culture?

Arewhy: “Wow, I could say so much about my roots into the Hiphop Culture, but some of my earliest experiences was being put on to Hiphop by my older brother when I was about 8 years old, and the first taste of Hiphop I got was from the Rap Attack show – here in NYC which was hosted by Marley Marl.”

“I would lay in my bed late at night with the Walkman and headphones and listen.” 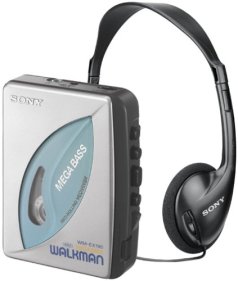 “A few years later my older brother put me on to Stretch Armstrong & Bobbito 89.9 and I was blown away by all the great Hiphop.” “My brother went to high school with Necro & Ill Bill and I remember the day I met Ill Bill he told me to look out for Company Flow cause they had great music and they surely did.”

Following this, when did your love for: producing, Emceeing, emerge from?

Arewhy: “Every week I would listen to the Stretch Armstrong show and I would hear all different varieties of Hiphop, and I loved the versatility of the music and one thing that always caught my attention was sounds.” “All the music I heard was very inspiring and made me want to learn how to make beats.” “Production was the very first passion I had in Hiphop, I just didn’t have the funds as a young teenager to buy expensive beat machines.” “That all changed when MTV released the Music Generator for Playstation 1.”

“Me and my brother Thanos learned how to make beats with this software.” “It was a great learning tool and stepping stone.” “The problem with the 1st version of this software was, you were not able to save your made projects if they contained samples due to high save memory.” 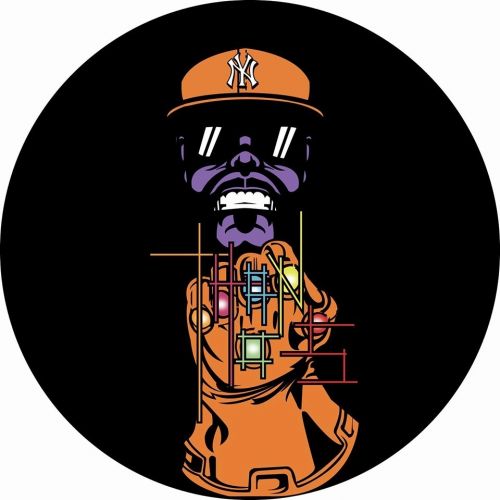 “The Playstation memory cards didn’t have enough memory on them but it was still good for learning.” “MTV then released part 2 of the Music Generator and we were able to save any beat we made with or without samples since the memory cards on the Playstation 2 were 8MB’s.” “We made 100’s of beats with it that we actually still have til this day.” 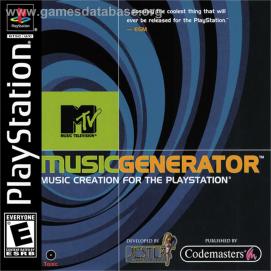 “We took these beats to studio sessions with established artists and they could not believe they were made on a Playstation.” “We got lots of good responses and we knew from there this was our path.” “Once we mastered the craft we got our 1st computer, a Dell Dimension 3000 with 256MB of Ram lol.” “In today’s world its junk but in 2003 when I first got it, it was decent.” “Then, me and my brother tried our hands at rapping to bring it full circle.” “Everything took off from there.”

Who are your main influential, inspiration’s growing up?…

Arewhy: “My first inspiration ever to really make me want to do this was Wu-tang Clan.” “All the fire lyrics and the dope beats made by the RZA were more than enough to say I want to do this.” “Mobb Deep was a huge inspiration as well. It was reality rap, the cries of the hood spoken through Prodigy & Havoc.” “Believe it or not, Stretch Armstrong was a great producer as well.” “He made many dope beats for the freestyles. I loved hearing those.” 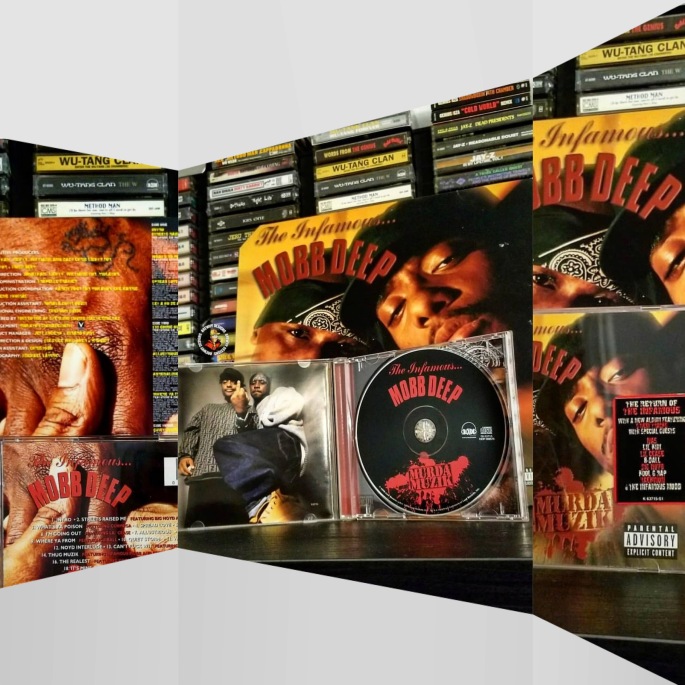 What was your first music release?

Arewhy: “My first music release was on a mixed tape by a DJ I met when Myspace was poppin.” “His name was DJ.Damondo.” “The name of the song was called Deuces Wild with me and Thanos on it.” “It was also produced by Thanos.” “That really put a battery on my back to see our song on a mixed tape.” “After that track was released me and Thanos released our very first full length project as Brother Hood 603 titled”International Murda Vol.1” in 2004.”

How would you say that the culture has changed since the 90’s?

Arewhy: “The culture has changed drastically for the outspoken artists, the positive artists and conscience artists since the 90’s.” “In the 90’s, record corporations gave the artists much more creative control over their music.” “This is why the Westcoast sounded like the Westcoast, the Eastcoast sounded like the Eastcoast and down south rappers had their own sound.” “Now everything sounds the same. In the 90’s, dope boom bap songs graced the radio all day, now its a urban myth to the young generation lol.” 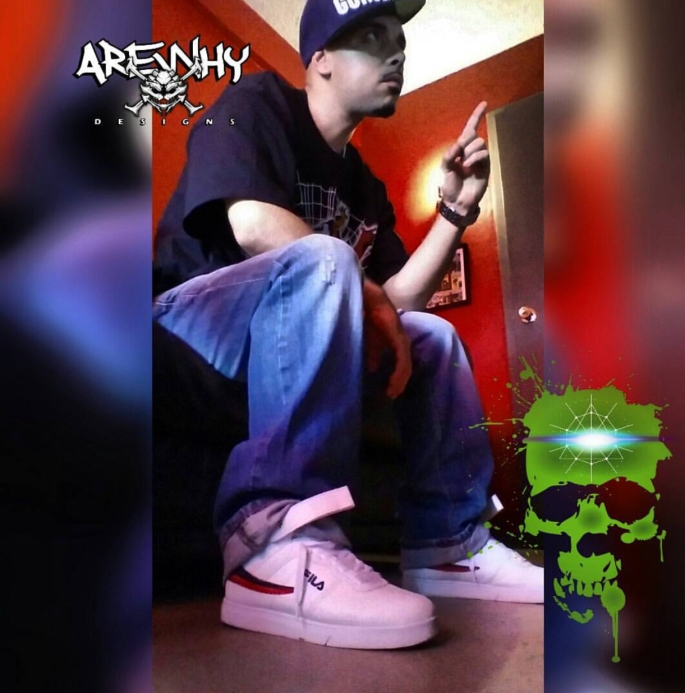 “Labels only want one sound on the radio now with lyrics about drinking cough medicine and popping designer drugs.” “The culture is much different but there are still many great artists holding it down without radio as I call it paydio.” “Salute to them.”

Please tell us how you came about the talent for designing.

Arewhy: ” Designing artwork wasn’t really something I intended on doing.” “It was about being independent and not having to go to anyone for something we can learn to do ourselves.” “I taught myself to use photoshop software’s since there weren’t many tutorial videos on YouTube about it at that time.” “I started to design all of our mixtape covers and as the years passed I got better at it.” “Now I have countless mixtape covers on my resume and plenty of album covers as well.”

You are proudly a big part of: #TeamCanibus with the arrival of ‘Full Spectrum Dominance’ (part.1), with the mighty – part.2 dropping 31/08/18; please tell the good people – where they can cop the album from!!! Also, how does it feel having some amazing people wearing the fresh ‘CURB YOUR EGO’ tee!? 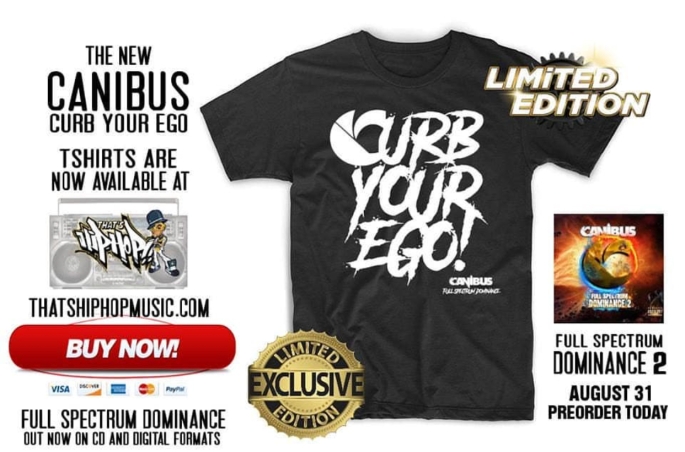 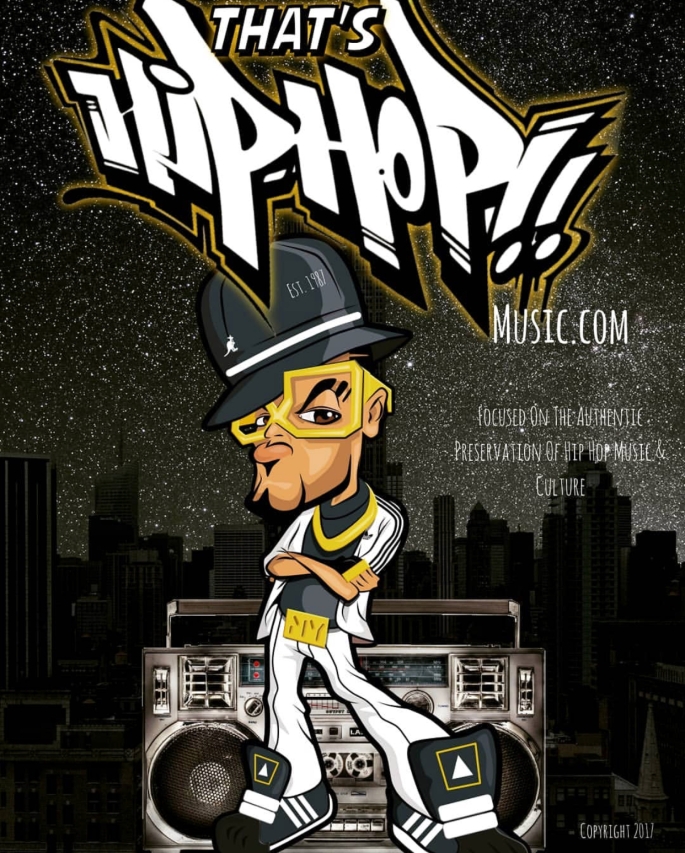 “We truly thank everyone for the support they have given Canibus with this project.” “Part 2 will be the perfect follow up.” “Cambatta will be on this project.” “For the heads who are familiar with Cambatta, they know this is going to be very lyrical.”

“All produced by Thanos Beats.” “I really love the support we got from the t-shirts.” “Its really amazing.” “Once they are sold out it will be a great collectors piece and I can say I designed a Canibus limited edition tshirt.” “F*cking awesome bro!” “When I first started with a Playstation I would never have thought I’d see days like this.” 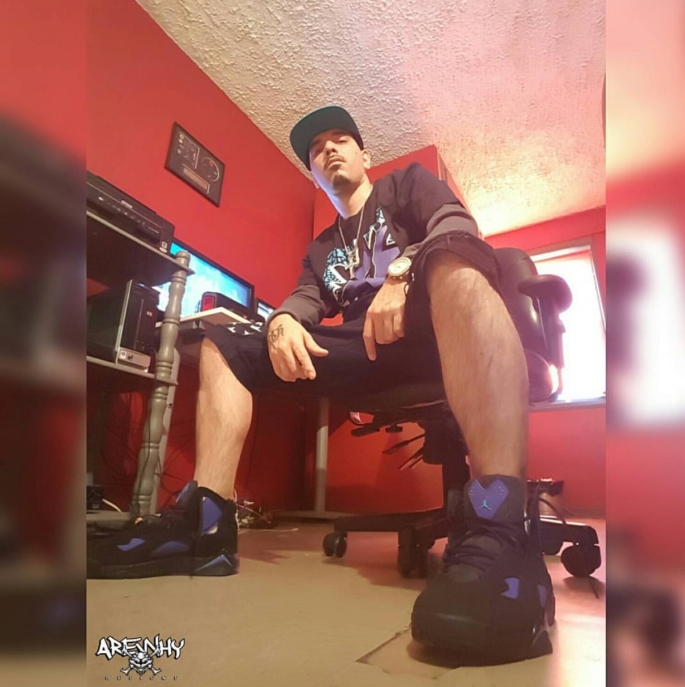 Message to the youth! Drop a message of motivation to the younger generation trying to make it out here:

Arewhy: “Invest in yourself!” “The music industry is a tough road.” “If you don’t invest in yourself to get the things needed to help you progress it will be incredibly hard to level up. Also, be organized.” “Don’t be messy with business and always believe in yourself.” “Every platinum artist was a local artist just like you.” 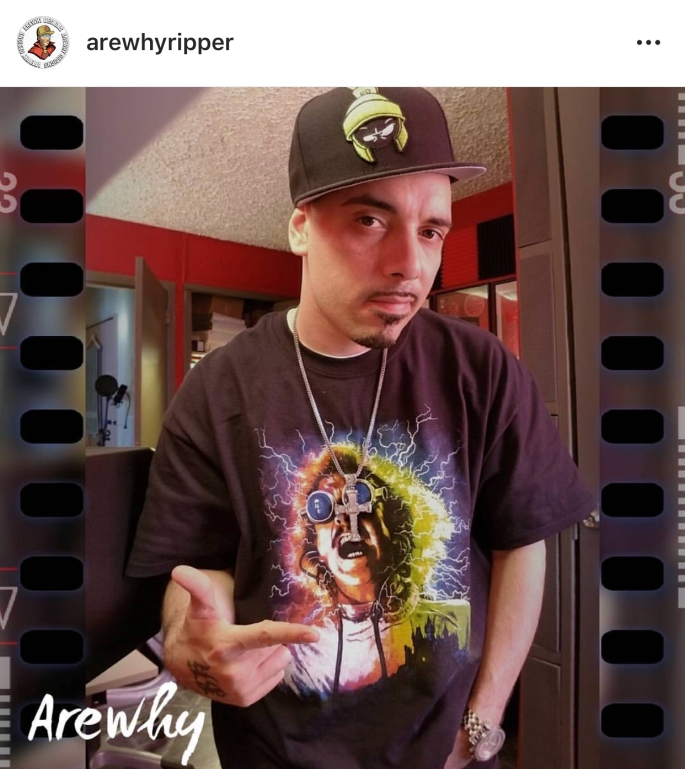 Where can new heads check out your works? Art & design work, Music hubs (include all main ones.)

Arewhy: “For all Brother Hood 603 music which is me & Thanos you can check out the whole discography at thebrotherhood603.bandcamp.com.” “There is lots of music there.” “All artwork, you can check me out at: IG @ arewhyripper.” “Definitely follow me at Facebook as well @ facebook.com/arewhy.ripper.” “I promote everything there.” “Look out for Thanos‘ new song coming to the new Netflix movie this year “Shotgun”.” “He’s also doing film work with Smoothe Da Hustler.” “Look out for all of that.”

You have recently featured on a track, which is out NOW! ‘Doom Bots’. I have just purchased it, it is SUPER FiRE!!!!!!! Tell us a bit about the project, in addition: ‘The Celestial Beings’, future movements / projects!… (If not too top secret yo…)

Arewhy: “Thank you for the support and the purchase, that’s love!” “Celestial Beings comes from our love of comic books and hiphop.” “I have always been a huge comic book collector.” “As a teen i’d hit all kinds of comic shops in search of gems.” “When we started doing hiphop, my brother took on the name Thanos.” “I took on the moniker Adam Warlock but always kept my name Arewhy.” “Me and my brother did many songs referencing our love for comic books but we never did a full length on comic topics.” “Actually, nobody has ever done a full length project where every song is comic related which is why this album is so special to me and we now label it an – Audio Comic Book.” 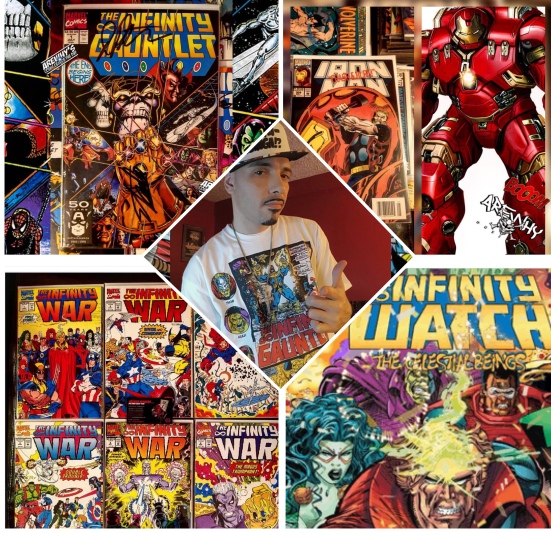 “I met Sunblaze through a mutual love and respect for hiphop.”

“He is also (as we call it) a Level 7 comic collector.” “Talking one day with Sunblaze about our love for the cosmos we decided to put out a full length album all about comic book story lines.” “We needed a strong title to match the music of the cosmos and who better than the people responsible for destroying and rebuilding countless galaxies?”

“The Celestial 4 Host of Marvel’s Comics!” “This album is completely produced by Thanos Beats with 1 bonus track produced by Domingo.” “17 tracks.” “The album is done and being mastered.” “Doombots is the 1st single off the album and we have just released the 2nd single Infinity Watch.” “These 2 records have set the theme for the album online.” “Its amazing music.”

Here’s where you can shout out any other places, projects, web sites that you would to catch attention!:

Arewhy: “Shout out to Domingo, ThatshiphopLLC, Jay Lozada, Liza Rios for letting me be a part of BIG PUN’s last album, Ill Bill for all the industry advice, Necro for giving me a job as a teenager as his shipping manager for Psycho Logical Records, Canibus for rockin with me, so many more.” 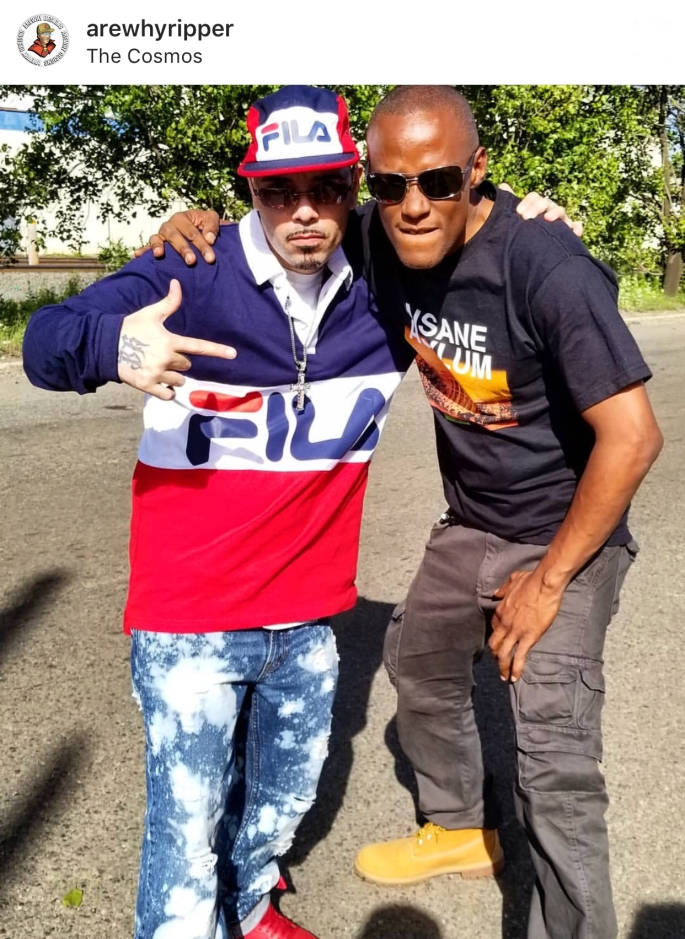 “Thank you to anyone who ever rocked with me and Thanos.” “August 31st Canibus Full Spectrum Dominance 2 produced by Thanos Beats with 3 limited edition t-shirts designed by Arewhy Designs Clothing & Art!” “Celestial Beings coming soon, go to Thecelestialbeings.bandcamp.com and check out the 2 singles.”

Arewhy, its time – to stop the clock. With an abundance of questions brimming to be asked, they will just have to be saved and stored for next time!

Arewhy: “Salute to everybody who still has true love in their heart for hiphop with substance.” “Beats full of life with lyrics and punch lines full of powerful meaning.” “Always support the people you respect and love.” “Without your support this art form will die and be taken over by the suits and become a relic.” “Hiphop isnt dead but it can die if we let it.” “Peace to all who support the Culture!” 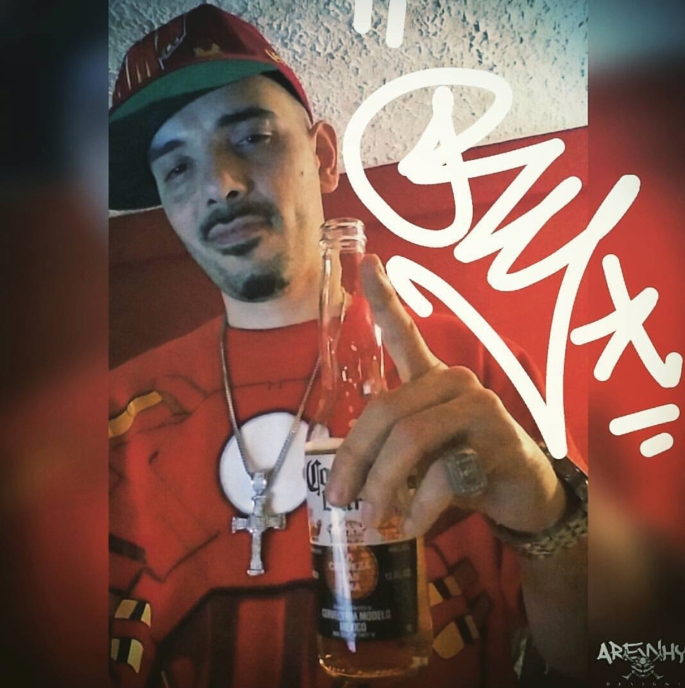 I can only thank you most highly. Wishing you infinite blessings, all the best with future movements. It’s all progression!
Many thanks.